The Infinity Stones, symbolic of many things in the Marvel universe shall be resurfacing Thaeyeballqueen once more! If you love’s recall, March of last year I did an “Infinity Stones Glittery Rainbow Makeup Tutorial“, that essentially encompassed EACH stone’s color, hence the “rainbow” wording. Being we’re getting closer to the Infinity Wars, I decided to reboot my Marvel Infinity Stones series, by taking each stone one by one with unique creations behind em’! During these posts, you shall find quick facts below if you’re NEW to the Marvel universe. I’m a bit of a comic book geek, hehe! Hope you loves enjoy and know makeup can be ANYTHING you want it to be. In other words, if you want darker eye makeup, GO FOR IT. If you want bolder lips, be my guest :)! Do keep in mind this is MY interpretation of the Space stone. In some comics, it’s purple, in others icy blue, and in the most recent a teal! Don’t confuse the Tesseract, with the stone color itself. Space to me means extraterrestrial glamor, with hints of sensuality, and dazzle. I’m not one to draw a bunch of stars on my face– you guys get my drift.

*The Tesseract is a cubical vessel for the Space Infinity Stone.

This stone has extreme power and possesses diabolical energy.

*The Tesseract has a tealish, blue glow, hence my makeup corresponding to the colors.

*As a fun fact, the Red Skull used the Tesseract as a way of teleportation.

*Though the Tesseract can be seen as being an ICY blue, the physical stone is teal.

Foundation is a custom blend, I produced

A demure, nude lipstick is best. Nothing should upstage the glow or shadow!

Lumi was drenched across the high points of my face with a stippling brush.

The less dense the bristles, the higher impact your glow will be!

Applied on the lower lash lines with a blending brush

⤷E.L.F. Cream Liner in Teal Tease is a good dupe

Smoked throughout my crease, and towards my lower lash lines

Blended across the lids, inner corners, and brow bones! Make it an effort

to apply Lumi DAMP on the lids with a tapered brush. 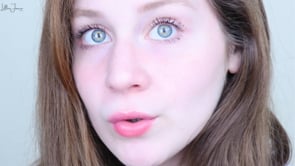